It has been an unusually busy spring and summer this year. Several conventions along with several trips to visit family and friends kept me occupied through six weekends straight during one stretch of the calendar. All good, of course! In the midst of all that activity, however, choices must be made as to what gets done and what does not. Decisions, decisions…..indeed! What shall be the priority? Well, in the midst of all that travel activity this year choices needed to be made or perhaps I should say, “not made.” Specifically, the choice to take care of the yard work while I was away. It took a hit. Thus, when time was available for me to get active on the yard, it was mid-July. The grass cutting had been outsourced for the summer so things were fine there. But when it came to the weeds and the bushes, they were more than flourishing, they were moving in and taking over. Reminded me of the verse in Song of Solomon, chapter 1, …..”Alas, my own vineyard I could not keep!” NB When I’m busy elsewhere, something else will be neglected.

Better late than never, however, was my motto, so I dived into getting the yard back into shape. One of my tasks was to trim the bushes which were well overgrown by now. Armed with my trusty over 20 year old electric hedge trimmer, I began to hack away in swathes. A bit like harvesting wheat as you see the branches fall. I could clearly see the path where I had been. As I headed around the bend of the bushes however, I began to notice that there were some black things flying in the air. That seemed odd until several of them noticed me! It was recognition at first site shall we say by both parties. And it didn’t appear to be friendly, on either side. Needless-to-say, I quickly stopped using the hedge trimmer to “trim” and converted it into a “hornet hacker”. Not that it would do much good, but it seemed like a good idea at the time. As the hornets launched their attack, my measured retreat soon turned into a rout! But not before the hornets struck first blood. Thus, wounded and greatly outnumbered, my retreat was hastily made into the safety of the garage. The hornets soon gave up the attack exultant in their triumph.

After the episode, I was reminded of a similar occurrence several years back when a similar set of circumstances had taken place. My yardwork was delayed until mid-summer due to a busy schedule and the hornets had moved in. Only that time, I had avoided getting stung. I’m either getting older or slower……more than likely it’s both. I’ve now learned the lesson twice…….I’m purposing now not to learn it a third time. Next time, the hornets just might get more missiles through. But we’ll see…..time will tell. Life is like that……when we neglect things, the riff raff move in. Similarly, what is true in the physical life is also true in the spiritual. Must be why the Bible states that we are to “take time and trouble to keep yourself spiritually fit.” I Timothy 4:7 – JB Phillips Keeping our own vineyard spiritually fit requires diligence and effort with daily time in God’s Word and prayer. And our spiritual life is far more important than the physical. Allowing the busyness of life to keep me from my relationship with God is very dangerous territory. I don’t want to live there.

A friend of mine was sharing his testimony with me earlier this year. He told me that he used to think of God as a “god of the gaps”. When he had a gap in his day, he fit God in. When he didn’t have a gap, he didn’t. He was challenged at the end of a 2 year study with some other men to consider what, if anything, would be different in his life going forward. He was convicted that he needed to put God “first,” not second or last in his day. From that day on, God’s word and prayer came first each day before anything else. His life has dramatically changed. Jesus stated that I am to seek His kingdom first. He will take care of that other stuff that we need. Any other road is a dead end. 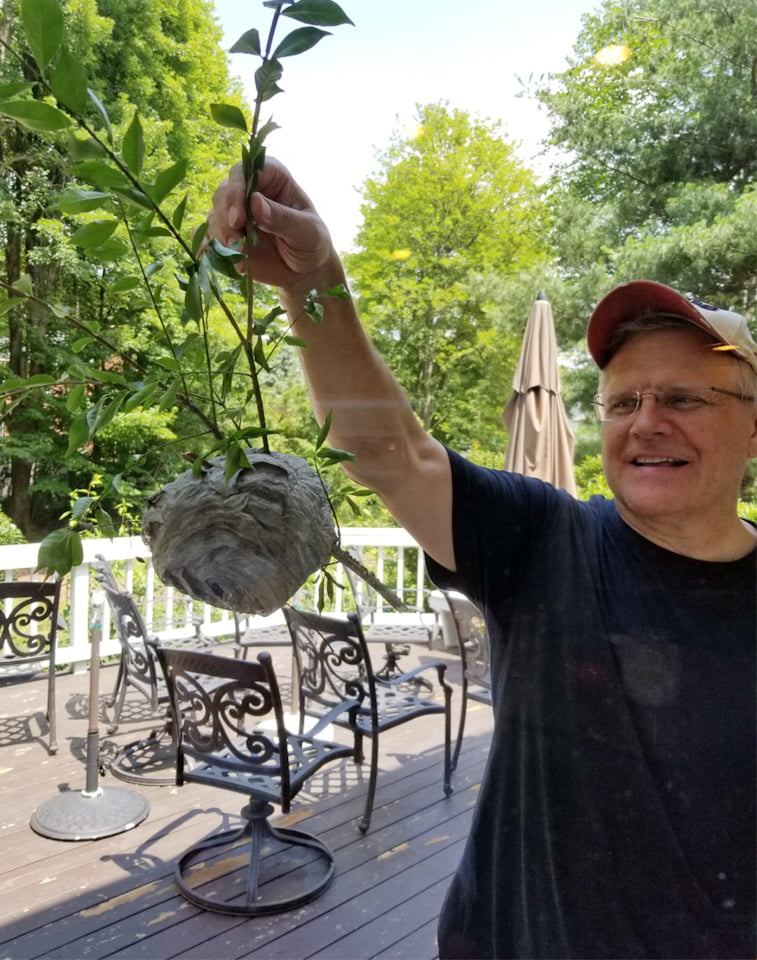 Postscript: The hornets won the first battle. They didn’t win the war.