My father-in-law, Harve Soderholm, finished his work here on earth on June 11, 2019.  He was 89. He was a husband, a father and a disciple-maker. A man who loved God and walked with Him. For me, he was a mentor and a friend who walked with me along the narrow way. So many memories, so many treasures. He will be missed.

A memorial service was held on June 20th in Lincoln, Nebraska. Harve’s granddaughter, Melissa Thomsen, wrote the following message in tribute to her grandfather. A life well lived.

Grateful for your love and faithfulness,

The land stretches wide, bathed in golden fields. A dome of blue with scattered clouds rests above. In this vast land of wide-open beauty, a child was born.

A young boy was grown.

A young man was beheld.

But there was another Man, another One—the Savior of the world—who came into this man’s life and changed it forever.

Never again, was this young man the same. A new life had started within. A new life with God Himself. A candle had been lit, a fire had begun to flicker within this young man’s heart. A Light was transforming his life.

Spurred on to action, the young man made a choice that forever influenced the direction of his life.

He knew God, he loved Him, he sought to share Him with others …but there was another link in the chain—a link that can take a believer from birth to maturity.

Discipleship. The calling that Christ has given to all believers.

Go therefore and make disciples of all the nations,” Matthew 28:19a (NKJV)

Christ spoke to and taught the multitudes, but He taught, guided and spent focused time with the twelve—his own disciples.

This young man, the young man of the Nebraska farmland—for the rest of his life, invested in disciples and disciple-makers. He taught others how to grow in their relationship with God and pass it on to others.

Then, he had children.

He became no longer a young man, but a man, and then a man passing into later years. The next generation was born to him. A new, young generation. Grandchildren.

Here he planted seeds. Seeds of prayer, seeds of work.

And then, his last grandchild was born. A young girl, born among the vast land of Iowa. Born in the neighboring state to her grandfather.

She too, is transformed by the same Savior who touched her grandfather. And then, she too, is touched by the flame that lit his life—the fire that filled his footsteps. The call. The great commission of discipleship.

Not only to know Christ, but to make Him known to others.

The flame is passing on. From him who now sees Jesus face to face, to her who stands the youngest among them. 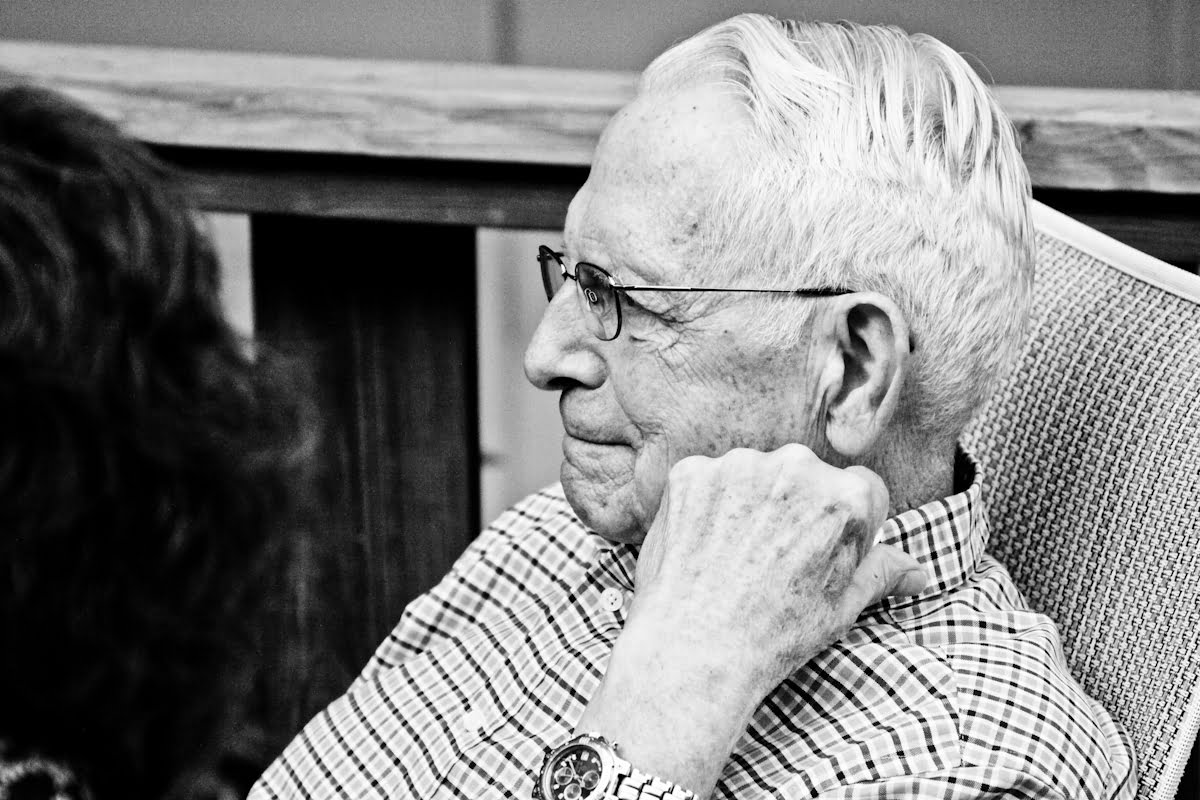 My Grandpa’s life is not in vain. His influence stills lives and breathes today among us. Will this be your story?

The baton has been passed.

Just like God called a young man, born under the blue dome of the Nebraska sky.

A young, ordinary man who lived an extraordinary life because he listened to the call of God.